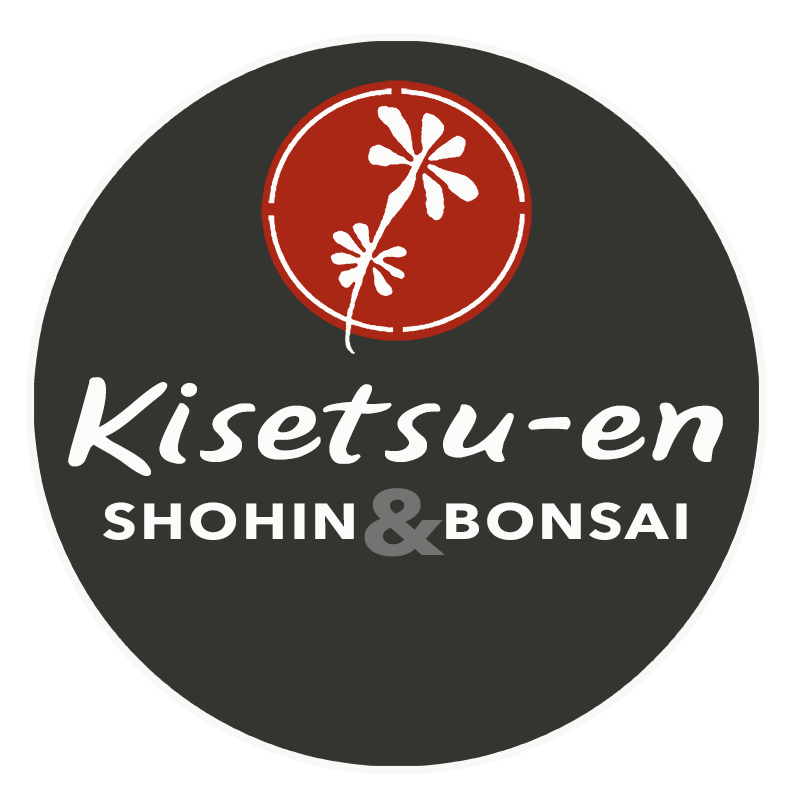 For a long time it has been discussed how we can adapt the traditional Japanese way of bonsai in the west, just not copying what already done. My own approach has always been to respect the Japanese foundation on which the bonsai culture is based. Without understanding the basics and the heritage we will not be able to adapt the art I believe. Many attempts have been made (and still is)  transforming the traditional Japanese style into something more western art (or artificial?) styled displays.

The task was to take offspring in the original scroll paintings, with simplicity and simple colours if not black and grey. What arrived was a simple but modern expression, now waiting to be used for a spring display some months ahead. I really look forward to see how well this will work in a bonsai display.

Further paintings will be produced this winter, also for Shohin three pieces displays.

One year ago already. Time flies. Glad that this book came out so well and people are happy. Makes it worthwhile with all the hours put into it. 🌳 Stay calm, make bonsai. #shohinbonsai #bonsai
Slowly the bonsai garden is coming back to life.
Clearing before building up the extension of the Kisetsu-en bonsai garden 🌳😅 #bonsai #shohinbonsai
In the March episode Morten Albek explains how, when and why he repots a flowering bonsai in spring. #video #bonsai #shohinbonsai All at www.shohin-europe.com